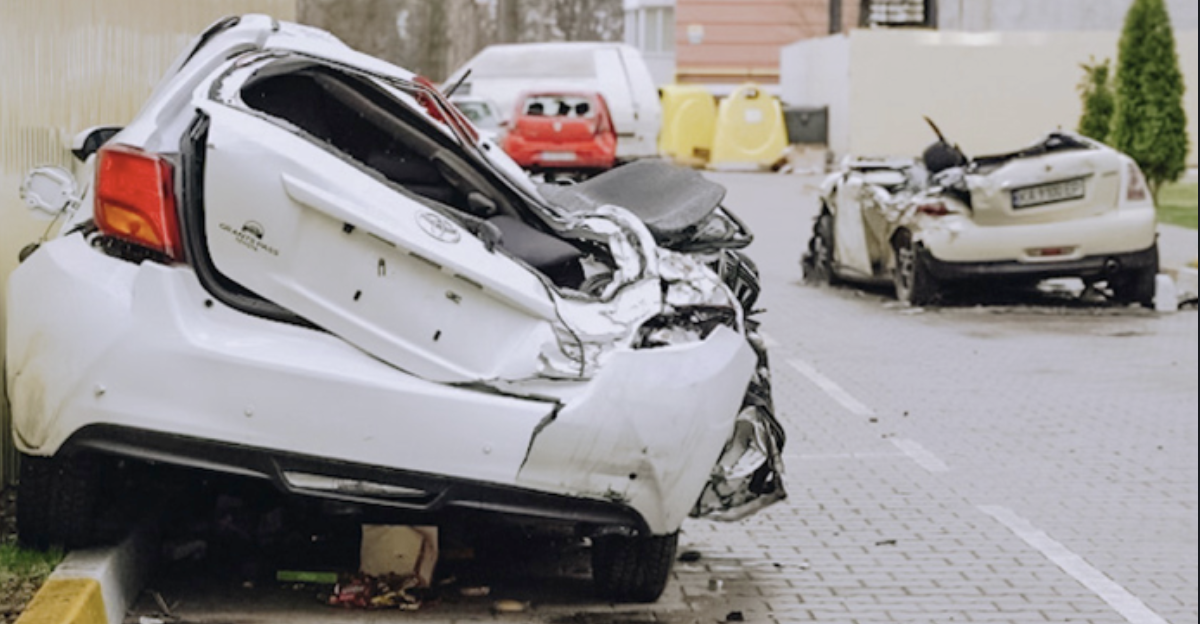 "The Russian enemy attacks streets of the city, trade pavilions, and residential infrastructure only," said a Ukraine official

Both of these attacks took place mid-morning local time, extending Russia's campaign of terror against civilian targets to daylight hours. Clearly, Russia is trying to win this war by creating 24/7 fear among Ukrainians and wearing out their resolve! Russia want Ukrainians in cities like Kharkiv to fear for their lives day and night.

This is why what Mercy Chefs and our partners are doing for Ukraine war victims is so vital. Today, more shipments will leave our warehouse on the Romania-Ukraine border for deliveries to refugee camps, orphanages, and our distribution network deep inside Ukraine. Since this war began, Mercy Chefs has provided over 2.7 million pounds of food and supplies. We've sent hundreds of thousands of pounds of food to FRONT LINE cities like Kharkiv, where families were forced to hide in underground shelters for weeks. And now, five months after the war started, they are once again facing the threat of round-the-clock attacks.

+ + I need your help THIS WEEKEND

This week alone, Mercy Chefs and our partners will deliver another 100,000 pounds of food and supplies. The need is as great today as it was when we first started. In fact, millions of Ukrainians have returned home despite the fact that the war -- and the bombings -- continue.

Our funding support has been slow this month. Perhaps that's because it's summer. I know so many Mercy Chefs friends have been very generous to help with Ukraine relief...

Even if you already donated recently, would you prayerfully consider helping again this weekend? The need in Ukraine is that great and funding support has slowed. Go here to make your tax-deductible gift for Ukraine relief:

If you have not yet supported our Ukraine relief or have not given recently, please do so today! As the age-old proverb says, "Many hands makes the load light." We need many hands to reach the thousands upon thousands who are relying on our help in Ukraine right now.

This is a unique window of opportunity to help the people of Ukraine. The window is still open and the war still rages. I must continue, but I need your prayers and support.

Thanks in advance, and God bless,