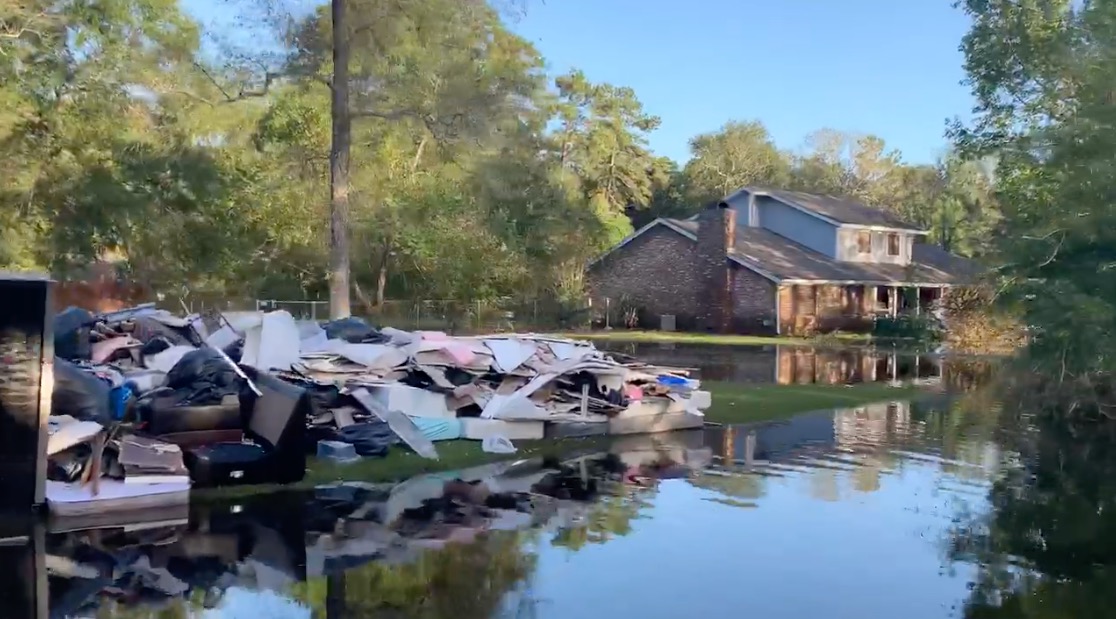 These are the times when we need our faithful Mercy Chefs partners to help us in a big way. Mercy Chefs is fully engaged in two major deployments. We'll serve 25,000 meals this week, and I need your help. Please see below.  --Gary

Yesterday, I joined our Mercy Chefs team here in Beaumont, Texas, where the flooding from last week's tropical storm is the worst they have seen in history.
The major Interstate is still closed and entire neighborhoods have been overwhelmed by floodwaters. I never get used to seeing home after home with mountains of debris stacked on the curb representing all or most of a family's earthly possessions. Floodwaters are filthy, and they destroy everything in their path.

While Mercy Chefs team members continue to meet the need and serve thousands of meals in the Bahamas, I'm writing to let you know that we are also deploying to Texas in response to the overwhelming flooding from tropical storm Imelda.

I almost couldn't believe it when we started getting reports that in some areas of Texas the flooding is worse than Hurricane Harvey. With as much as FOUR FEET of rain hitting coastal Texas, there have already been more than 1,000 high water rescues and thousands more have fled their homes. The city of Beaumont, Texas has seen 250 such rescues and has received 270 emergency evacuation requests. Our contacts in Beaumont say it is the worst flooding they have seen, even worse than in the aftermath of Hurricane Harvey in 2017.