When the sheriff opened the box... 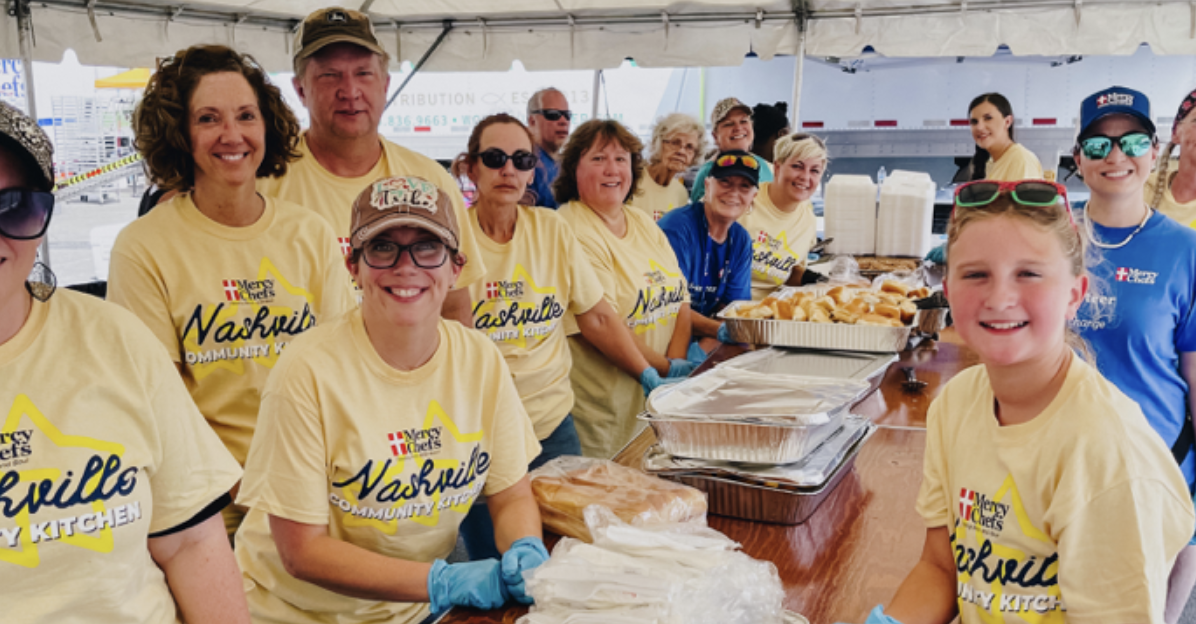 During our time here in Waverly, we have been working closely with officials to ensure that we are meeting the needs of this flood ravaged community in the best possible way. Our goal at Mercy Chefs with every deployment is to be on scene as quickly as possible so we can meet the emergency food needs and help a community transition during those first days after a disaster.

In addition to serving the victims of the disaster, we also provide meals for the emergency and rescue workers. As I write, we just finished up delivering meals to the Emergency Operations Center. We also have been feeding the National Guard and the local law enforcement.

+ + The local sheriff was almost overcome with emotions

The local sheriff came by specifically to thank us for the meals, and by extension, to thank YOU for your faithful partnership. As he shared, he was overcome with emotions as he described what a blessing it was to open up the Mercy Chefs meal box and find a beautiful, nutritious, chef-prepared meal. He told us he could feel the love in the box. The sheriff also shared that they had completed the search for those who were lost to the flood. Twenty members of this tight-knit community perished. Now that the search is over, the community will take time to mourn those who have been lost. And we will be here to help. On Saturday, Mercy Chefs will provide meals for memorial services in the area.

In the midst of all that has happened, signs of normalcy are slowly returning. Restaurants are re-opening. Heavy equipment can be heard throughout town as the cleanup continues. Local officials have now released Mercy Chefs to transition away from daily emergency meals this weekend. Our talks are turning to how we can help this community recover in the coming months by serving work teams who are rebuilding and planning a special community meal during the holiday season.

At the same time, we have been watching closely a new tropical storm that is building in the Gulf of Mexico. This storm has the potential to be a major hurricane that makes landfall on Sunday. The meteorologists I track are very concerned about this storm, which is bearing down on New Orleans and could hit on the 16th anniversary of Katrina.

Right now, the projections are for a Category 3 storm that could slow down as it makes landfall -- exacerbating the flooding. To make matters worse, New Orleans had major flooding yesterday from heavy rains, meaning the ground is already saturated.

As I write, Mercy Chefs is moving our teams and equipment toward the Gulf so we can be ready to respond immediately. We will have two mobile kitchens staged nearby, just outside the expected path of the storm. I will be flying to the area tomorrow.

As you can see, Mercy Chefs is right in the midst of an incredibly intense disaster response season, and we need your continued help! With our team mobilizing for the third major disaster response in a month, would you partner with us by sponsoring meals today? Go here to make your gift directly to Mercy Chefs:

Finally, thank you so much for making it possible for Mercy Chefs to feed body and soul in the aftermath of fires, floods, hurricanes and other disasters. Your support undergirds everything we do. On behalf of those we're helping today and will help tomorrow, thank you and God bless you!